After my previous attempt, I started to think that the issues were caused by an inability to completely link the program. If that were the case, could we try to link in a different way?

Through a bit of trial and error, I was able to generate an object file:

Checking the disassembly of this file with objdump -d hello.o showed promise:

I then used an existing installation of GCC with AVR support to finish linking the code together:

Taking a look at the disassembly of this code shows a lot of things that were not present in the original object file:

Getting code on board

Now that we have a compiled binary, we need to get it onto the Arduino proper. avrdude is an in-system programmer that will allow us to upload the compiled code, but it prefers input in a different format: Intel HEX. We can convert using avr-objcopy:

Now we can upload to the Arduino:

The Arduino Uno has a second Atmel chip (ATmega16U2) that looks like a USB-to-serial device to the host computer. On my OS X computer, that device shows up at /dev/cu.usbmodem1411. Your location will differ.

Because I have such a basic level of code, I can’t do anything nice like blink an LED. Instead, I can write a tight loop that just turns the LED on or off some percentage of the time. This allows it to have a different relative brightness, which in turn lets me see that the code changes are actually happening.

Check out the LED marked L in the following pictures. 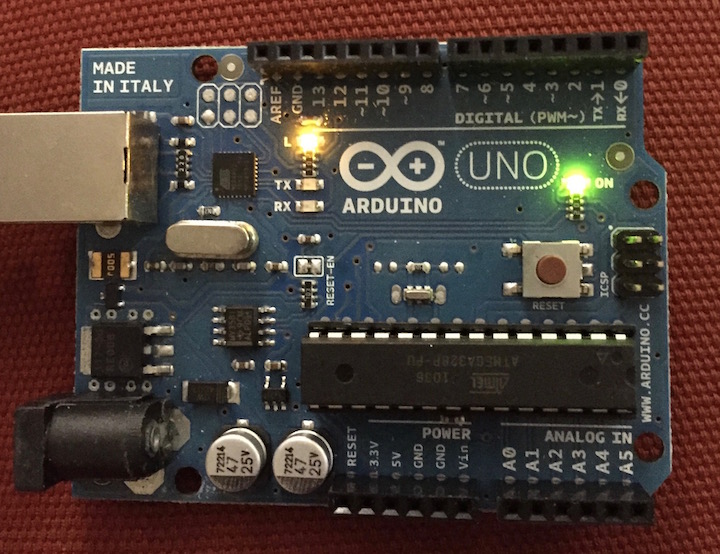 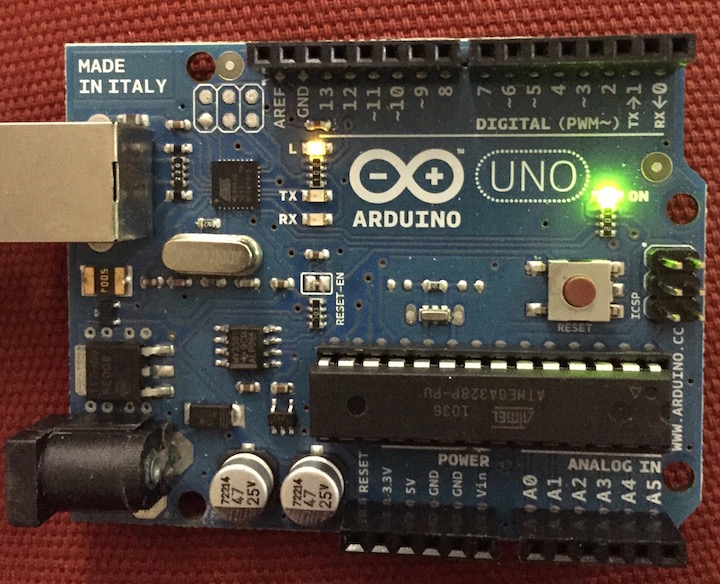 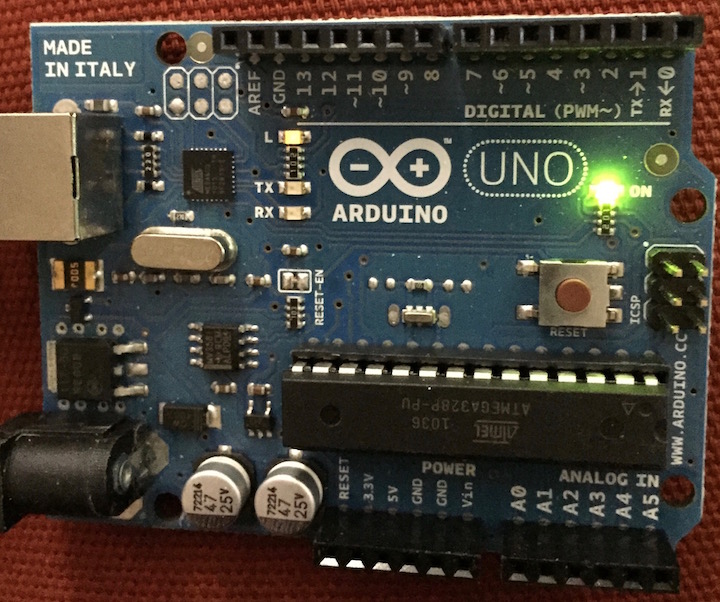 This isn’t the most elegant of solutions, and there are a lot of avenues to explore:

Check out my repo for an example that worked for me. In short:

If you are on OS X, you can install the things you need (except an AVR-enabled Rust build) with homebrew:

Continue on to part 3.